Have you ever wondered why your cost-per-conversion is always highest for your most recent results? Moreover, why – as if by magic – it continually decreases as time progresses?

The underlying phenomenon is called 'conversion lag', which causes historical conversion data to be in a constant state of flux. This outcome inevitably results in important KPIs, such as return on investment (ROI), cost per conversion or conversion rate exhibiting continual variance.

You may ask: what exactly is conversion lag? Why does it cause data inconsistencies? How can it be resolved?

What is 'conversion lag'?

In digital marketing, conversion lag refers to the amount of time between an ad engagement and a conversion. Since most users do not immediately convert after initially engaging with an ad, conversion lags can regularly surface.

Buyer journeys now tend to be more complicated than ever before. The number of touchpoints in a typical conversion path has increased significantly. Thus, there may be a delay of several days or more between a user initially clicking an ad and subsequently making a purchase.

Why are marketing platforms failing to tackle issues resulting from conversion lag?

Most advertising platforms use so-called 'lookback windows'. These windows define the permissible time between an ad engagement and a later conversion. Should a conversion occur within this period, a conversion is attributed to the ad.

There is considerable variation in lookback window durations between platforms. Google, for instance, uses a default lookback window of 30 days. While Facebook is more dynamic in its approach, the default value is 28 days for click engagements and one day for impressions.

If you look closely at the numbers in your Google or Facebook advertising account, you'll see that platforms attribute conversions to the day when the ad engagement occurred – not the day that the actual conversion took place.

If you want to read more about lookback windows and attribution models in general, we'd suggest you check out this article.

Consequently, it takes several days to compile a complete list of all conversions resulting from a specific ad. However, advertising expenditure has already been accrued, and stakeholders want to see ROAS results immediately. This need for immediacy leads to incomplete results and therefore, incorrect ROI, CPO, or CR statistics.

How does conversion lag look in real life?

The two visualizations below illustrate how conversion lag affects marketing data. The cumulative progress of conversions in a single day is represented along an individual plotted line. 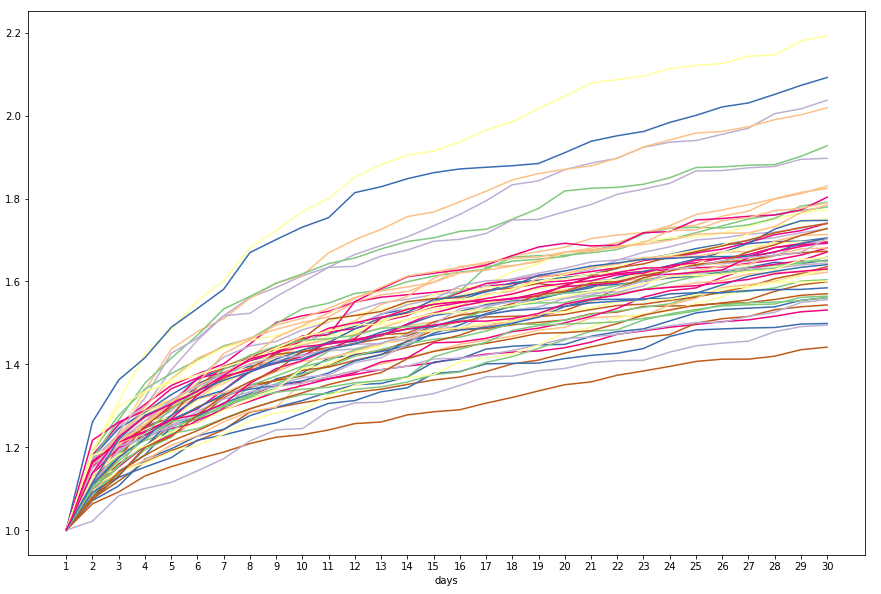 Conversion data in above visualization taken from Google Ads campaigns 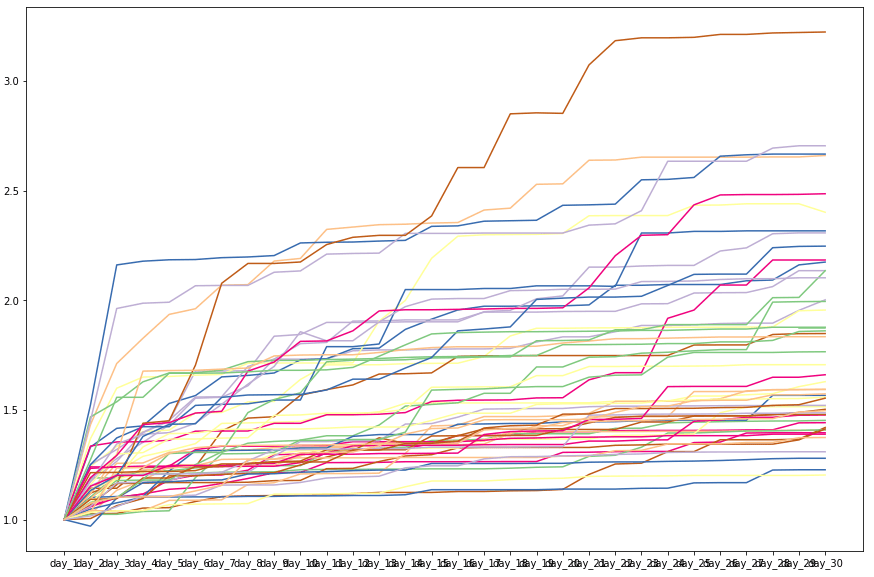 Conversion data in above visualization taken from Facebook ad campaigns

As you can see, the influence of daily ad spend continued to be felt for weeks afterward. However, if someone were to capture these results one week post-release and then never revisit or update historical conversion data, many conversions would remain unrecorded.

You can see that after 30 days, the number of conversions almost doubled compared to the first day, and this trend can be observed across all days for the campaign.

How does this affect your reporting?

The graph below appears to have a glaring anomaly at first sight:

This visualization has been embedded directly from Adverity PreSense

However, a closer look at the same time range several days later shows that the cost-per-conversion has flattened out again:

This visualization has been embedded directly from Adverity PreSense

How can this be fixed?

To combat this misapprehension, one must perform two crucial actions:

These two steps together ensure that both historical and recent conversion data is always up to date.

Since static reports retrieve data only once and then never update it, these dynamics are ignored – causing significant loss and distortion of conversion data.

An even better approach would be to record historical conversion lag before identifying and incorporating any patterns that exist. This method enables analysts to forecast what future cost-per-conversion figures may look like.

Adverity PreSense's anomaly detection uses statistical regression and machine learning techniques to show outliers in the most meaningful way. We, therefore, adjust conversion KPIs dependent on the expected number of conversions after 30 days. Predictive data is then used to perform daily recalculations for each campaign. The model takes multiple parameters into account to continuously improve its methodology.

Suspicious dynamics for conversions, cost per conversion figures, or ROI are detected in almost real-time. Therefore, users can take immediate action to prevent problems before they occur. 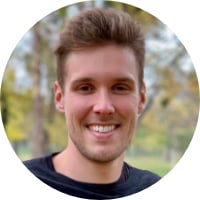 Christoph is a product manager at Adverity. His responsibility is to do whatever it takes to make users more successful with our tool and to ship new features for the Adverity platforms. He likes to listen to podcasts and is passionate about all kinds of digital topics. On the weekend you can catch him DJing under his alias “Klaue & Tatze”.